Drilling is my least favorite activity in consulting. It is also the one activity that generally requires a geologist, as opposed to an engineer or other type of scientist.

I do enjoy sampling. You never know what you'll find when you open a split spoon, and in some situations it's really exciting. Once, we punched through some old newspapers, and were able to date them based on the sports stats, and they were over 50 years old.

I dislike drilling for several reasons, but number 1 is working with drillers. The problem is that I want wells to be installed in a specific way. I need to not drag down potential contamination from above, I need representative soil samples, and I need to produce a well that will give good data over the long term. A driller wants to finish the job on schedule and without breaking anything. The way I want to do things is generally slower and more of a PITA for the driller. All the requirements I should be insisting on are in the contract between us. However, this contract is usually hammered out between us and some sort of manager at the drilling company, and the guy who goes out and does the work usually doesn't give a rat's ass about the contract. Especially where it contradicts his standard practice (which happened on every job - my company and I were picky).

Human nature is to test limits. Every single driller I have ever worked with has tested me. I am unfortunately a conflict-avoiding type, and when I started, I was shy and nervous about asserting myself. Also, drilling is complicated - most rigs have been modified, and each driller has his own way of doing things. The universe of things that are ok to do is large, and the universe of things that are unacceptable is larger. When I first started, I had some (minimal) training, but 2 days of having someone shadow you doesn't prepare you for the millions of ways drillers will try to take shortcuts that you have to catch. You look stupid and petty if you keep the driller from doing something that is fine, and you get poor results (and lose respect) if you don't stop the driller from doing something that is bad.

And here is where my appearance comes in. As I mentioned, I am short and female. I am incapable of hiding my feelings, and I flush at the drop of a hat. In grad school, I've been told that I look 16 or 17...I didn't look any older when I first started working! The only way I can assert my authority is to not let drillers get away with things (I do tend to bend on some stuff that isn't critical; otherwise I'd be nagging all day). I have to prove with each new job and each new driller that I am not a doormat and that I know my stuff. It has gotten easier as I gained knowledge and experience. I have honed my "cut the shit" stare. I can relax a little and not feel like I'm exposing myself if I ask a question.

But I still start every new job dreading what the new driller will do and desperately hoping I catch whatever it is.

Note that I have referred to the driller as "him". I have only met one female driller, and I did not work with her personally.
Posted by Short Geologist at 5:33 PM 2 comments:

Labels: drilling, how old are you

As I mentioned before, I went to a SLAC as an undergrad. I graduated with a B.A. When I started working in consulting, most of the technical folks had B.S.s, but having a B.A. wasn't terribly unusual either. In any event, the details of my undergraduate education were necessary only for me to get a job. Within a very short time frame, what mattered was my performance - could I be trusted with greater responsibility, was I producing scientifically acceptable work, etc. And my school's insistence on writing ability meant that I had a great foundation for scientific writing at my job.

Most of the grad schools I applied to did take into consideration and appreciated my years of relevant experience. Several schools required a resume, and my references included a mix of academic and industry folks. Although I had taken a fair number of courses as an undergrad that had no immediate relevance to the grad schools I was applying to, I certainly didn't feel that I was lacking important scientific background. One school did make acceptance conditional on my taking a year of biology, which I thought was silly considering that the work I'd be doing there would not involve an iota of bio.

My grad school is considered a STEM (science, tech, engineering, math) school, but really what it's known for is more TEM, unless you count computer science in the S. Yes, we do have a liberal arts area, but it's not really well-respected, internally or externally.

As a result, I am the only grad student here I know who did not get a B.S. I tell people that I took a terrific pottery class in college, and they assume that the class (and by extension my undergrad career) was an exercise in feel-good fun. I do not tell people I also took a drawing class, sight-singing (1/2 credit), several history classes to round out my pathetic world history knowledge, minored in a foreign language, and took several classes along the advanced creative writing ladder.

Is a B.S. more rigorous than a B.A.? Not mine. My pottery class took at least 12 hours a week of "homework" to keep up with the assignments. Some classes were easier than others, and one was indeed a waste of time (can you really go through college without one of those?) but in 95%, I had to think critically, justify my positions, do research, and write at a high level. When I got to grad school, I was missing several prerequisites, but it just took me some more effort to make sure I got what was glossed over as review in the first couple of classes. My grade average is hovering in the low 90s, so I haven't fallen behind.

All this makes me wonder: what percentage of STEM academics have a B.S. vs. a B.A.? Is it really that low for B.A.s? What about the percentage of people who consider themselves scientists? I would like to think there's plenty of room for both...in any endeavor.
Posted by Short Geologist at 12:51 PM 1 comment:

I had a lazy, incompetent coworker who managed to quit before he got fired. His parting shot when he left: "A monkey can put dirt in a jar!"

Yes, a monkey can put dirt in a jar. You, however, were hired as a geologist. Let me explain what a geologist is supposed to do.

You're looking for contamination. Sometimes it's obvious - you open a split spoon and it reeks of gasoline. Or it may smell sweet, which means you've just inhaled some nasty solvent. Sometimes the soil is an unnatural color, such as dark blue. But you won't know exactly what you have until you get the lab data back.

Another thing to look for is the things that can affect contamination location and movement. How much moisture is in the soil? Finer-grained material may trap contamination that would otherwise drop further down (DNAPLs). Organics may absorb contaminants, but they also affect soil chemistry (microbes tend to go nuts in the presence of organics and use up all the oxygen, e.g. in peat bogs), causing metals to become more or less mobile.

Finally, don't just make assumptions about what you think you see. You may be wrong. It drives me nuts when I see just "till" or "fill" on boring logs. Till may have different characteristics that affect groundwater flow. I may not agree with your interpretation. You can write "till," but you better have some description to support it. Same thing with "fill". Is it inert? Is it medical waste (ew)? Is it metal? If you have no idea what the hell it is, describe it. If it's friable, speckled, gray and white stuff, maybe I can make an educated guess that it's fly ash and we should consider sampling for dioxin.

You won't have the full story until put all the pieces together back at the office. And if you didn't bother to record those details, you may have lost critical information that would allow you to figure out what's really going on. Then you'll waste time and money fixing things that didn't need fixing and not knowing the dirty areas because you didn't do the job you were hired to do in the first place.
Posted by Short Geologist at 10:20 AM 1 comment:

I graduated from a small liberal arts college (SLAC) right when the bottom fell out of the job market. After some panic and a few missteps, I found myself employed as a geologist in an environmental consulting firm. I was bright eyed and annoyingly enthusiastic, but I quickly ran up against some things that suck.
My first major problem is one I've had all my life. I am short. I have always looked much, much younger than I actually am. People tell me, "oh, wait until you're older and then you'll appreciate it"...still waiting! So here I was, nervous little recent grad, and I got to go out and tell drillers who'd been working longer than I'd been alive how to do stuff my way. And I looked like I was 14.
That didn't go over so well.
Then, I discovered managers with their heads up their asses, malevolent competitors, and contamination that just will not go where it's supposed to go, dammit!
The impulse is to write about things that suck because that's what gets you worked up. If it's a beautiful day and I'm not, um, trying to finish my thesis, I'm going to be outside, enjoying life and not posting. I will try not to make every single post a bitch fest, because out in real life, I am having a terrific time. Mostly.
So, to start things off on a positive note, here are some things I like:

Custom kilts with beer holders. I also like beer. I saw these at a scottish fest (rkilts.com) and they kick ass in black leather. Not very authentic, though.

Claymores (from same Scottish fest - customscottish.com). This one is almost as tall as me, which means I would look super cool swinging it dementedly. 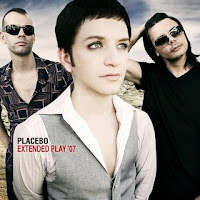 Pouty, blue-eyed, not-straight rock stars
I think what we have learned from this little exercise is that I should have been born a boy. *
*just kidding! I am actually fine with being female, thanks.
Posted by Short Geologist at 8:17 PM 2 comments: