Sometimes people have a preconception about what the soil profile is. In my part of the world, you generally have turf/roots above a sandy soil. At some unspecified distance which is likely less than 20 feet, you'll run into rock and that's the end of the soil profile. This is true for lots of areas in my region, but not all. I occasionally run into a situation where a layperson continues to go deeper and deeper, looking for that elusive turf-sandy soil-rock mixture that they have in their head. And it doesn't work out well.

Like my dad. His front yard has a sad, thin layer of soil above boulders. He is convinced that the best way to get dirt (and therefore have enough soil that his sad, thin layer of grass will thrive) is to simply excavate the boulders. If you don't have rocks, then therefore, you must have soil, right? So when it's warm and he's feeling like he wants to take on A Project, he rips out the rocks he finds buried right below the grass. The big ones he has to roll down the hill next to the house, into the back yard, and down a slope to the woods below. The picture below is a cross-section of the house and the street. Take a look and guess what his problem is: 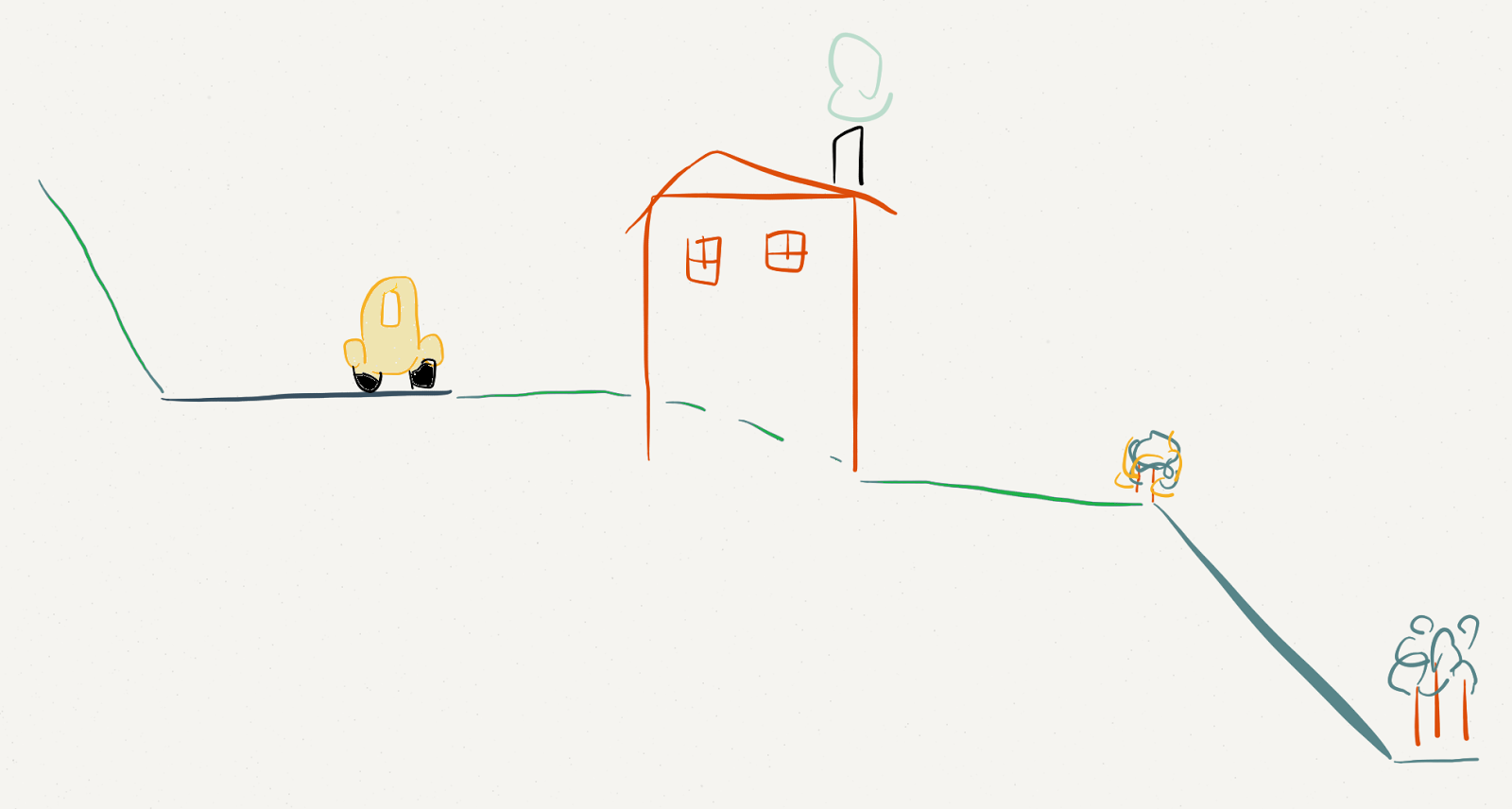 That yard? All fill, front and back. So he can pick out all the boulders he wants, and all he does is lower the yard some more. If he wants to have sandy soil, he'll have to import it.

Another example: I once had a contractor help drag a drill rig into a big mud bog with an excavator. The contractor had cleared a path for the drill rig, but by the time the rig and support truck was in place, we had a giant muddy mess. The contractor had said he would "clean things up" and I got distracted by other things. Well, what he did was try and remove all that sticky, wet mud we'd made. Unfortunately, there was nothing below the muck except more muck, and he'd excavated about 3 feet closer to the water table. From there, we had no chance of letting things "dry out" because everything was saturated, and you couldn't exactly schmear the mud back to let it dry because the acts of driving through and then scooping it up had utterly destroyed any structure that could have held it up, and frankly, I didn't want the contractor making it worse by increasing the area of unstable muck. See the sidebar picture for the sort of conditions we were dealing with.

As a geologist, I have a pretty good understanding of all the interesting stuff that can be right underfoot. That knowledge can come in handy when you least expect it.

Posted by Short Geologist at 10:01 PM